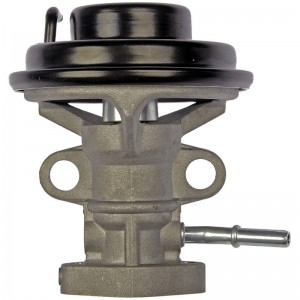 The EGR valve was first introduced in the early 1970s in gasoline engines in an attempt to control NOx emissions at a time when smog was increasing as a result of the high NOx emissions.

EGR valves were continued to be used in virtually all gasoline engines until the early 90s when other control devices allowed NOx emissions to be met without this use of EGR in some gasoline applications, while others continued to use this device.

Diesel engines also used EGR valves on some applications, but it was not as common until the early 2000’s when new emissions regulations essentially required the use of the EGR valve to meet NOx emissions standards. EGR valves are now present on almost all new engines being built, as global emission standards are also becoming more stringent.

Editor’s Note: Not sure which EGR Valve is right for your vehicle? Follow links below to check fit on Amazon.

The primary and most well-known benefit is reduction of NOx emissions. Adding the exhaust gas, which consists of already combusted gases, reduces the maximum temperature in the engine during combustion. In order for NOx gases to be formed during combustion, the relatively inert N2 gas must be broken down to create NOx, and this can only occur at high temperatures.

Significantly more NOx gases are formed during combustion events as the combustion temperature exceeds 2800 degrees F, so the use of EGR helps to control that temperature to a lower value.

For many years this was the only real reason for use of EGR, but in recent years gasoline engines have been able to use EGR to enhance fuel economy by reduction in pumping losses and improving combustion efficiency.

EGR valves and the recirculation of exhaust gases can be driven by a number of technologies, and largely depend on the amount of EGR flow need.

Gasoline engines, for example, are not able to handle as much EGR flow without negatively impacting engine performance, and often use pintle / seat configurations.

Diesel engines on the other hand can handle significantly more EGR flow, and may employ the use of butterfly valves driven by servo type actuators.

The size of the valve is proportional to the displacement of the engine on which it is used. EGR valves, at least modern ones, are commonly made using stainless steel. The main reason is to avoid rust in the environment in which it is used, as rusty valves would all but guarantee improper operation.

One of the primary issues related to EGR valves is choking, or carbon buildup in the system. While the EGR valve use is good for NOx emission reductions, it is almost equally bad for particulate matter (PM), more commonly known as soot.

Increasing the use of EGR results in an increase in black smoke, and in certain conditions this soot can become sticky.

Modern EGR valves generally have EGR coolers which reduce the soot that makes it into the intake system, but the result could be clogged EGR coolers or in some cases sticking EGR valves. The driver may not notice a behavior difference when the EGR valve is no longer functioning, but they will notice a light indicating that the part needs to be changed.

The EGR valve is a great addition to the engine and its emissions reduction capability has certainly helped in improving our air quality to this day.

While the concept of the EGR is fairly simple, creating a robust design that could survive these engine conditions has certainly been a challenge and resulted in continuous improvement of this product.

Although modern EGR valves still have issues, the improvement from a control and robustness perspective from its inception is quite impressive.