Headers: The Complete Performance Exhaust Guide
As an Amazon Associate we earn from qualifying purchases.

Headers are an easy way to add horsepower to your ride in just an afternoon. A high-quality set of headers will reduce your exhaust backpressure, increase horsepower and improve fuel efficiency.

It should be noted that there are a wide range of headers available. Long story made short: small diameter, short headers will produce more torque at low to mid-range engine speeds. On the other hand, a set of large diameter long tube headers will offer more power at higher RPM’s.

In an article by Super Chevy Magazine they found substantial horsepower gains by adding aftermarket headers to their 350 small block test engine. With stock cast-iron exhaust manifolds the dyno reported 239 horsepower. However, after bolting on a set of aftermarket Hooker headers they saw horsepower increase to 255 as well as an additional 26 lb-ft of torque.

They also performed the same test on a highly modified 355 with 426 horsepower out of the box. After adding the same aftermarket headers the dyno reported a 70 horsepower gain!

The results clearly show that there are more gains to be realized on high-performance engines with additional power-adders such as a cold-air intake, supercharger, aftermarket cams, etc. 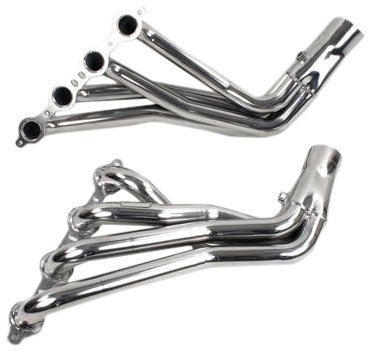 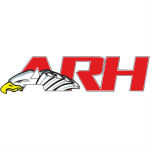